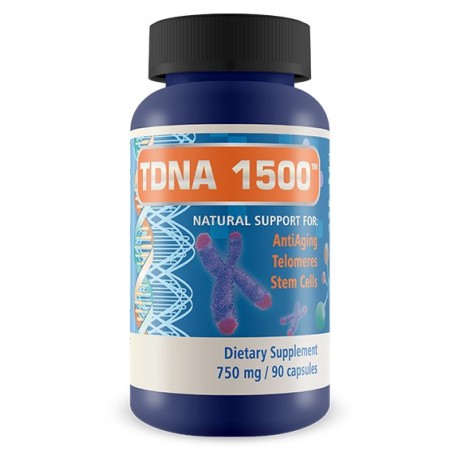 A complete blend of anti aging in one 750mg capsule, designed for the benefits of:

Notify me when available
Rating

Telomeres are the ends of the chromosomes, and they protect the integrity of the genes that are on our chromosomes. Telomerase is active before birth, when cells are dividing rapidly. The telomeres degrade over time, leading cells to age and eventually stop dividing. Scientists have shown that by adding telomerase to human cells can extend their lifespan indefinitely. Therefore, telomeres have been called the biological clock. 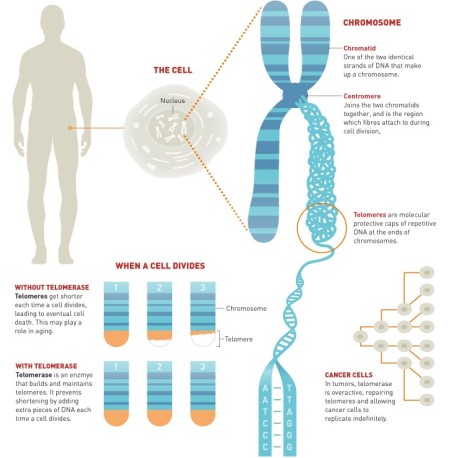 TDNA1500™ is a dietary supplement, formulated with Astragalus Root Extract an ingredient known to have a Telomerase activator, the binding protein that helps in lengthening telomeres. Also included in our formula is the Blue-Green Algae,  the discovery of this ancient strain of Blue-Green micro-algae Aphanizomenon flos-aquae (AFA) has led to a new super food that contains more protein and chlorophyll than any other food source and is also believe to be a factor in the release of stem cells. TDNA1500™ also contains a rich source of Resveratrol, known for its anti aging properties an antioxidant by excellence.

*These statements have not been evaluated by the Food & Drug Administration. This product is not in tented to diagnose, treat, cure, or prevent any disease. Be sure to check with your health care professional before taking any dietary supplement.

This is truly a great product, I started taking 2 capsules a day since last October, two bottles last me 3 months, since the beginning those mornings that I prefer to stay in bed for 20 more minutes are gone I feel with energy and a clear mind and I also started with my yoga again! I recommended it 100%!